We had to cancel our beer and cider orders for 2020 due to the postponement in April, and August. We now have a great selection of beer, ciders and perries ordered for April 2022. As promised, now our orders have been placed and accepted we are pleased to announce our Beer and Cider choices for 2022 giving you plenty of time to plan your session/s. Both the beer list and the cider and perries lists can be downloaded from the links below. Enjoy!

Sadly, only a handful of these famous breweries still survive. To date, 468 breweries have had their beers displayed at Beerex. Last year the Hog Backs Brewery equalled the record previously held by Donnington for the most appearances; each at 25. Others in the top ten included Hook Norton, Exmoor, Harveys, Hop Back, Cotleigh, Hardy & Hanson and Ringwood. Check back to see the full list for 2022 as soon as our beer committee have worked through their options.

Thanks to the beer committee we had the earliest ever list of beers for 2019. These are of course subject to some change but the current expectation is right here ! Can't wait ! 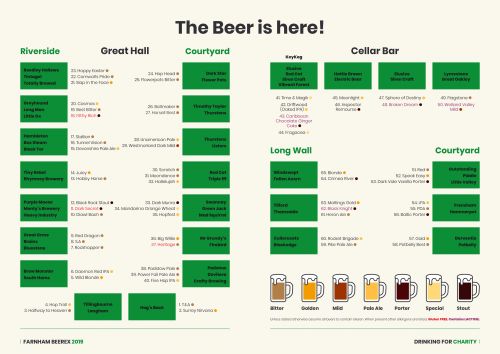 Download a copy of the programme centrefold to read the details by clicking on the pdf here.

As you will see we were pleased to confirm the special bar for 2019 was a Welsh bar - Iechyd da!

But then there are the ciders.... 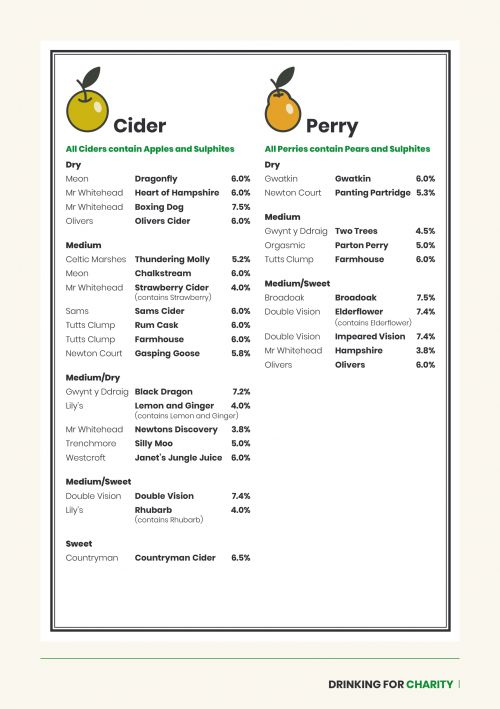 And some older news about the beers in the past years....

Members of the 2017 Farnham Beerex Committee met at Tilford Brewery, located next to the Duke of Cambridge  to present the brewers, Paul Griffiths and Mark Collins with the award for their Tilford Rushmoor Ripper which was voted as Beer of the Festival 2017 by the customers attending Beerex.

We were delighted to announce that the Vibrant Forest Brewery, located on the edge of the New Forest, CYDONIA was chosen as the BEER of the FARNHAM BEEREX FESTIVAL 2016. http://www.vibrantforest.co.uk/

At the end of July 2016, a great day out was had by the 4 intrepid folk who ventured forth into deepest Lymington in the New Forest. Andy Gilbert, Chair of the beer committee reported "We made the presentation in front of the very nice bar in the brewery which had no less than 10 beers for us to sample."  Kevin was very pleased to receive the award for Cydonia and has now won awards across his beer range showing the depth of his brewing prowess. Kevin started the brewery in 2011 in his garage and moved into the current location after quitting his job in 2014 and is going from strength to strength having just added 2 more fermenting vessels to cope with demand."

We remember Farnham Beerex’s 39th Annual Beer Exhibition was delighted to award Frensham Rambler, from Frensham Brewery the Beer of the Festival award for 2015 and very well deserved it was too! Husband and wife team, Miles and Emily, who own and run the brewery received their award from Beerex Chairman Phil Alexander and members of the committee.

BACK TO HOME PAGE